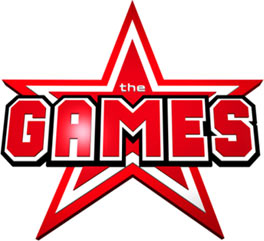 Gamification is often described as the new trend in IT circles; basically it is using software to turn non-exciting business tasks into an enjoyable game. Of course this isn’t new as we’ve used this technique for years in the sales area with league tables and prizes for the best performers etc. However, what it is doing is looking at other scenarios within business where this could be applied, e.g. to customer services, to product development and even to people services.

So why is this interesting, well it’s medically proven that people who play games release a drug called dopamine and this makes them feel good. Some other interesting stats are that the average gamer age is 34 years old, it’s not just a male thing either as 40% of gamers are female, and 26% of gamers are over 50, so it’s not just for the millenniums.

The concepts are well proven to encourage engagement and collaboration between players. Games like World of Warcraft (with 12 million players worldwide) allow people to win points, to buy and collect items, to trade items and to join forces and work together in communities to become even more successful. In fact some clever people have even turned fictitious possessions into hard cash by selling WoW items and upgrades on Ebay thus bridging the gap between the game and business.

Some people have already started to embrace these concepts, e.g. the DWP here in the UK has a product called IdeaStreet to promote innovation and creativity amongst its employees. Groupon also use a points system to reward people who buy from them and also people who recommend their offers.

You could imagine a Customer Services game, whereby instead of measuring people in a negative way by KPI’s they demonstrate their own prowess by earning points, either individually or in teams… they might earn points for first time call resolution, for behaviours, or for the quality of customer feedback (similar to ebay ratings)… then you award prizes or bonuses based on accrued points etc.

This site uses Akismet to reduce spam. Learn how your comment data is processed.